How we have helped our clients

Our work portfolio includes very large and complex projects as well as the small and simple. The case studies below demonstrate how law firms and corporations are leveraging our expertise and great customer service. 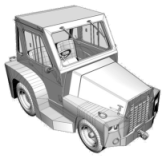 Attorneys of one of nation’s largest aviation ground support equipment manufacturers contacted us for help. About a year earlier, their client had received a discovery request and had chosen to buy an off-the-shelf e-Discovery software. They had performed a self-collection and produced documents that they found to be responsive. They thought all was well until opposing counsel got their hands on game changing documents that were apparently missed during the production.

They were ordered to engage an expert. The production had to be re-done within two weeks and had to be done right. Approximately 12 TB of data from servers and workstations had to be collected and searched. There was no room for error.

A project of this scale requires serious planning and project management. We assisted our client in adjusting their search terms and methodology to be able to hone in on the results as quickly and accurately as possible. Our search engine automatically OCR’ed all documents without extractable text before the search was performed. This ensured that every document was searched regardless of whether or not it contained extractable text.

We mapped the company’s computer network and identified all data sources relevant to the matter. Their IT team provided us with a pivot computer which we could remotely connect to and use to manage the enterprise collection.

We used utilization metrics to determine the best time frames to access and collect data from each server. Our experts connected to the pivot computer and collected data from each device at the scheduled time slots. This allowed us to perform the forensic data collection during off hours and the weekend without disrupting the company’s business activities. Images were stored on encrypted external hard drives and retrieved as each drive was filled.

While the acquisition was in progress, we made an inventory of the back-up DVDs and started indexing them. Forensic analysis was performed and reports were written in parallel while the searching and processing was taking place. Search results and reports were delivered on a rolling basis according to scheduled delivery deadlines. 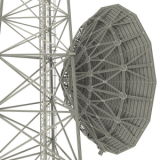 Our law firm client came to us with data dumps they received from a cellular provider. Their discovery agreement with opposing counsel required them to produce the data dumps as individual documents in TIFF format with extracted text and metadata. Unfortunately, it was too late to change the production format and the deadline was approaching rapidly.

The cellular data format was large, comma separated text files with 84 fields. The data files contained a total of approximately 33 million records, which equated to 33 million documents to be produced. We had to convert each record to its own document, extract text and metadata, and produce TIFF images endorsed with a confidentiality designation and bates number. To add insult to injury, nine copies of the deliverable had to be made for the parties involved.

We quickly realized that this could not be accomplished via regular e-Discovery processing. While we could easily convert each record to its own document, running 33 million documents through our e-Discovery process would be very time consuming. Each document would have to be ingested, converted to TIFF and endorsed during the export.

Our solution was to develop a custom software application that did the following:

We ran this process in parallel on several workstations. Thanks to our high-speed network storage system, disk I/O did not become a huge bottleneck and we were able to create the 33 million endorsed pages lightning fast.

Obtaining the electronic evidence to make your case means you’ve won your first battle. But, what if you are given a bunch of unstructured data that you cannot make any sense of? That was the case for one of our clients in a construction labor dispute case when opposing counsel produced thousands of scanned time cards along with an electronic export from their client’s proprietary project management system.

The time cards were in numerous layouts with different fields. Most contained hardly legible handwriting, arithmetic errors and abbreviated names and last names. Our client’s goal was to compare the time cards to the electronic project management and accounting records and determine whether or not there were any discrepancies. The problem was that, performing this kind of analyses on scanned images of unstructured time cards would take weeks and be prohibitively costly.

It became clear to us quickly that we had to capture all relevant information from each time card and store it in a database. We could then provide access to the data via a graphical user interface (GUI) so that our client could review individual records, query the data, prepare reports etc. This would also make it easier for us to perform the complex investigative tasks that our client required.

We whipped up a SQL based data capture software prototype. It was designed to do the following:

Capturing so much information was not only tedious, but also very error prone. Our software design was foolproof and supported our analysts with numerous automated checks. The user interface we made ended up being so intuitive that it was almost fun to do the data capture. All the time cards were coded in no time and rigorous quality control helped make sure the captured data was 100% accurate.

When we delivered the electronic version of the time cards, our client was ecstatic. They analyzed the data in depth using both Microsoft Excel and our GUI. Additionally, they tasked us to help them perform some of the more complex analyses. We found tons of discrepancies and put them all in a neat and detailed report.