What happens to email attachment timestamps when a file is attached to an email message? As far as internal file metadata goes, nothing should change. Attaching the file does not change its contents, and internal metadata, such as the document’s author, title, creation and modification dates where applicable, should be preserved during transit. 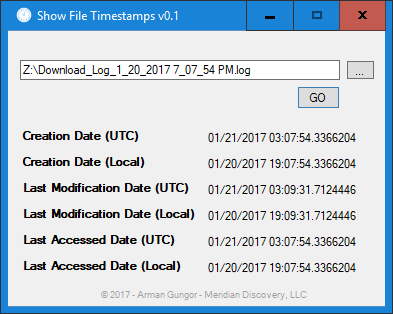 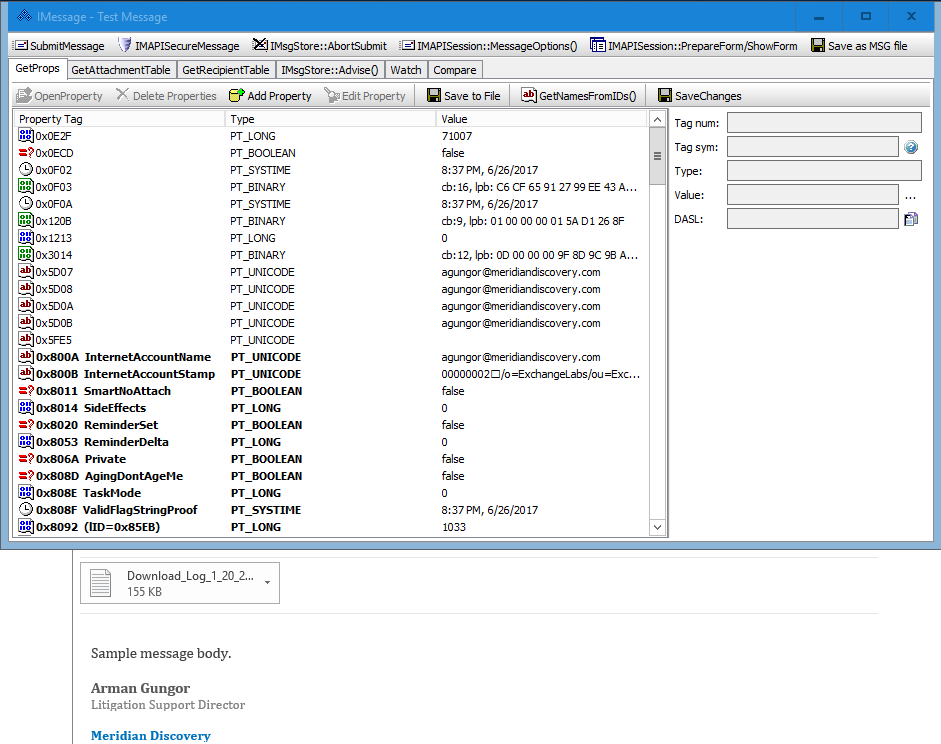 Here is the incoming email message with some of its MAPI properties visible via OutlookSpy. In Figure 3 below, you can see the MAPI Attachment Table, which contains information about all the attachment objects associated with the message. 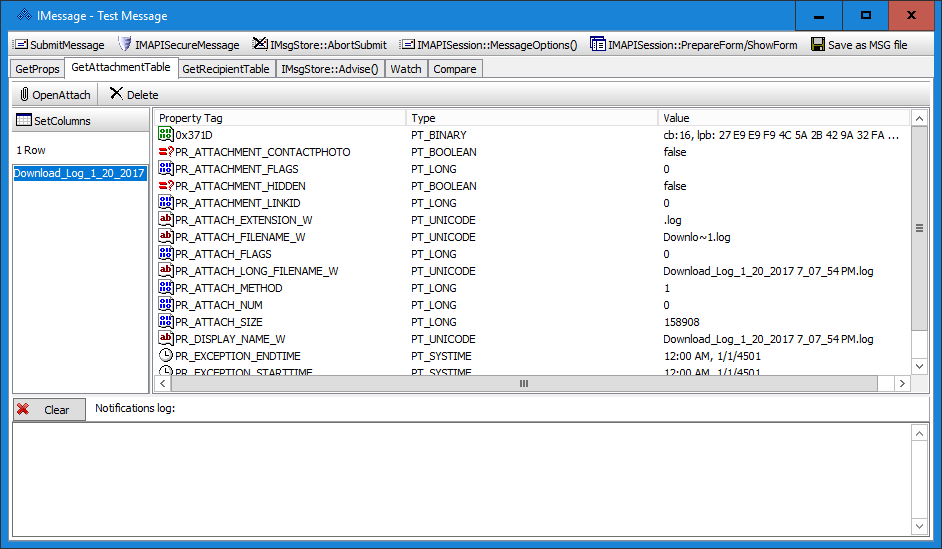 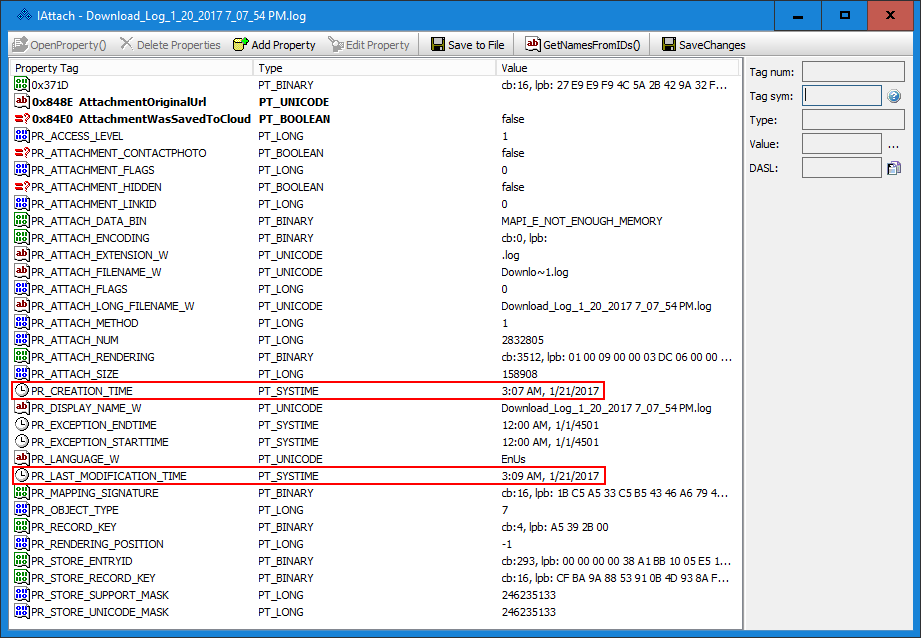 We can open the individual properties to see the underlying data. As you can see in Figure 5 below, OutlookSpy interprets the underlying FILETIME structure for us, but it unfortunately goes up to millisecond precision. I will have to perform the conversion manually to get the full resolution.

Unfortunately, I have not been able to locate a forensic timestamp converter that displays FILETIME values in full resolution. So, I whipped something up quickly. As you can see in Figure 6 below, we have now recovered the file system timestamps of the attached file, with 100-nanosecond resolution. 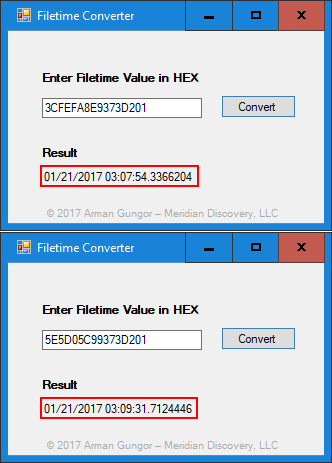 Being able to recover timestamps of a file on a file system before it was attached to an email can be very valuable in a digital forensics investigation. At a minimum, it provides additional metadata that can be used in conjunction with internal file metadata. In cases where internal file metadata is not present—as in this case where the attachment was a text file—having file system metadata can shed light on the history of the attachment.

Additionally, having access to timestamps with 100-nanosecond resolution is useful in date forgery analysis. For instance, if a suspect altered NTFS file system timestamps of a file with a utility that truncated the timestamps, reviewing the full resolution timestamps can reveal the forgery even after the file was transmitted via email.